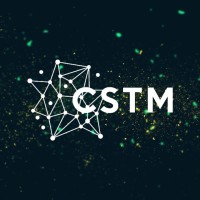 THE ONLY INTERNATIONAL DEFENSE AND SECURITY EVENT HELD IN BRAZIL IN 2021 BRASÍLIA, BRAZIL 23 - 26 NOVEMBER 2021

CSTM is one of the most important events in the Defense and Security sector of Brazil, presents a varied program to serve the growing number of participants and guests. The event generally covers defense and security technology applied to the military and civil sectors, including dual-use technologies.

CSTM CELEBRATES THE 10TH EDITION, ONE OF THE MOST IMPORTANT DEFENSE AND SECURITY EVENTS IN BRAZIL.

For 10 years, CSTM has presented the best and most advanced level of military technology in the capital of Brazil. In its new decade, the event acquires a new identity and is now called as “Conference of Systems and Military Technology”, accurately reflecting the changes in recent years.

An environment dedicated to business in the center of the political power of Brazil and in the Brazilian city best suited to host a world-class event in which the largest national and international players from the Defense and Security sector are present. CSTM brings together not only manufacturers, but also government officials, diplomats, political delegations, officers, military personnel of the Armed Forces, members of public security, investors, operational users, purchasing managers, researchers, scholars and specialized journalists. In addition to serving as a showcase of technology to a qualified audience, where equipment and systems are displayed in life-size, CSTM programming offers live demonstrations and an extensive conference agenda that allow for in-depth reflection on defense and security issues in Brazil, with a variety of topics not only technical, but also economic, geopolitical and legal. One of the prominent issues will be addressed in the panel on the potential of the Brazilian Defense Industrial Base (IDB), focused on the diplomatic corps, with a view to stimulating exports.

Areas and Soutions of interest are:

Traditionally, CSTM brings together more than 60 exhibitors and more than 40 participating countries, with a significant presence from the Defense and Security sector. The event receives more than 8,000 visitors, including members of international delegations. It is worth noting that the event has the institutional support of the Ministry of Defense, the Brazilian Navy, the Brazilian Army and the Brazilian Air Force, as well as the Federal District Government, the National Congress Police, the Military Police of Federal District, Brazilian Agency for the Promotion of Exports and Investments (Apex-Brasil), the Confederation of Industry (CNI) and National Union of Defense Industries (SIMDE).

This website uses cookies to improve your experience while you navigate through the website. Out of these cookies, the cookies that are categorized as necessary are stored on your browser as they are essential for the working of basic functionalities of the website. We also use third-party cookies that help us analyze and understand how you use this website. These cookies will be stored in your browser only with your consent. You also have the option to opt-out of these cookies. But opting out of some of these cookies may have an effect on your browsing experience.
Necessary Always Enabled
Necessary cookies are absolutely essential for the website to function properly. This category only includes cookies that ensures basic functionalities and security features of the website. These cookies do not store any personal information.
Non-necessary
Any cookies that may not be particularly necessary for the website to function and is used specifically to collect user personal data via analytics, ads, other embedded contents are termed as non-necessary cookies. It is mandatory to procure user consent prior to running these cookies on your website.
SAVE & ACCEPT